As the winds of change buffeted the communist world in the 1980s, Nicolae Ceausescu, Romania’s Stalinist-style dictator, hunkered down.

The “Genius of the Carpathians” had once been genuinely popular at home and lauded abroad for his refusal to toe the Kremlin’s party line, but Ceausescu and his wife Elena were soon living the cliche of absolute power and absolute corruption. By the late 1980s, instead of Christmas, the most festive day in Romania had become Ceausescu’s birthday.

Double-click/tap, drag, or use the slider below each image to fade between then and now. 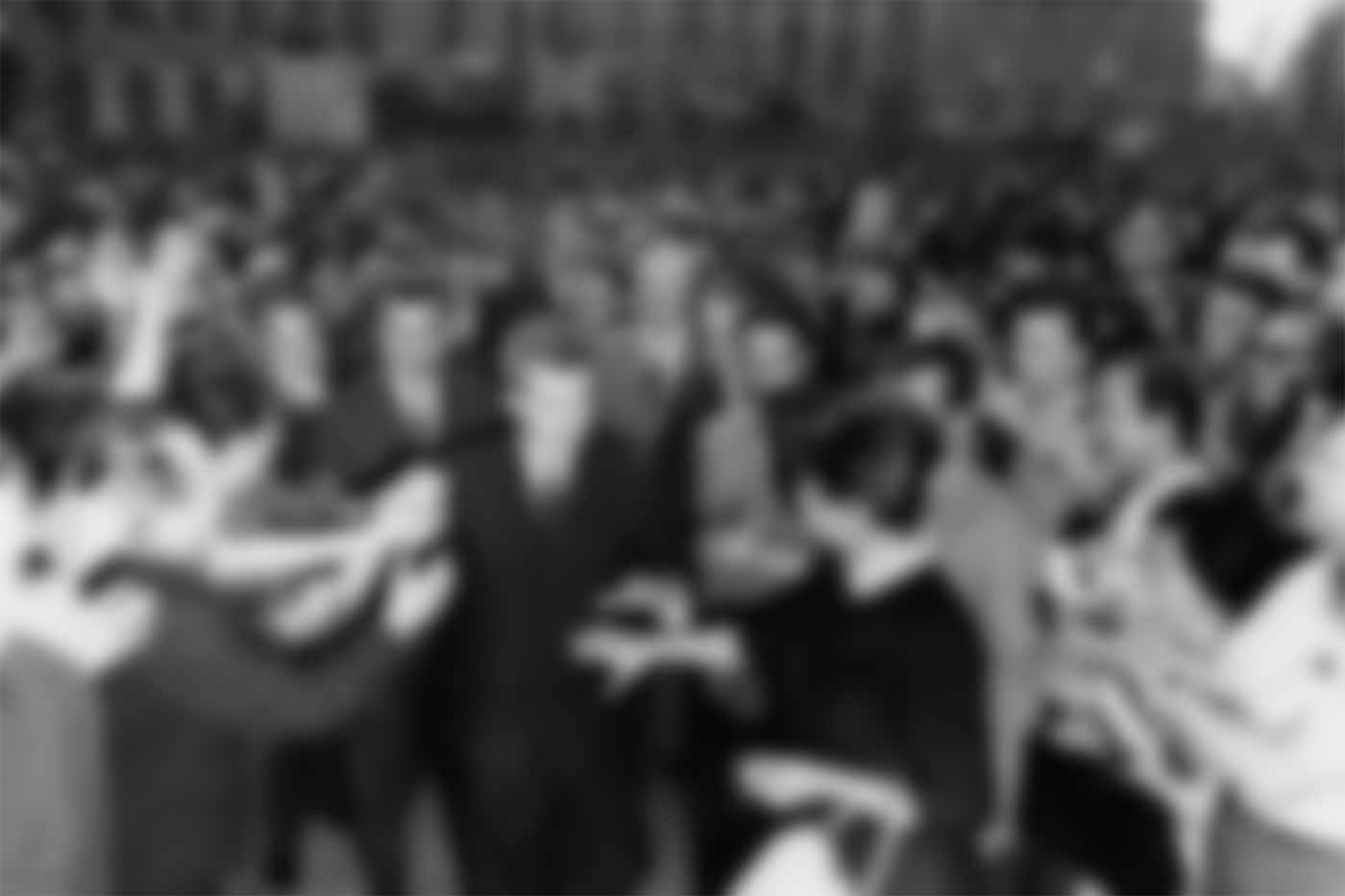 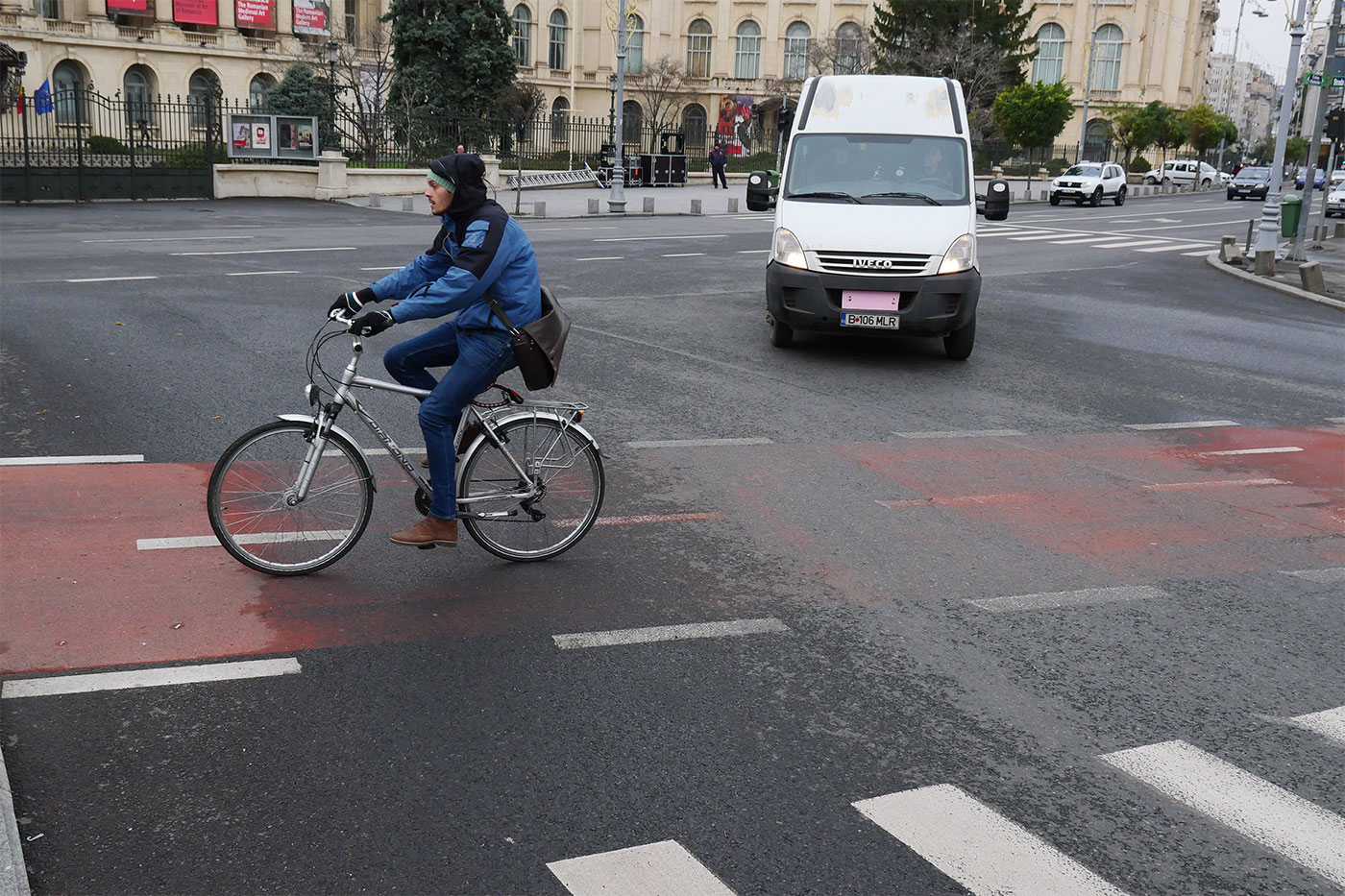 Nicolae Ceausescu amid a sea of applauding locals in central Bucharest in 1970. Interfoto/Alamy

Obsessed with paying off the country’s debt, Ceausescu sold much of the country’s raw materials to foreign creditors, leading to extreme shortages of food, heating, and electricity. During Romania’s winters, hundreds froze to death inside their dimly lit apartments, or died of asphyxiation as gas stoves -- the only source of heat for many -- were shut off, then turned back on without warning, filling sleeping apartments with gas.

But as living standards plummeted, Ceausescu spent vast sums to demolish one of Bucharest’s loveliest suburbs and erect the colossal House of the Republic. Reformist Soviet leader Mikhail Gorbachev described Romania at the time as resembling “a horse being whipped and driven by a cruel rider.”

The House of the Republic under construction. Bazza/Alamy 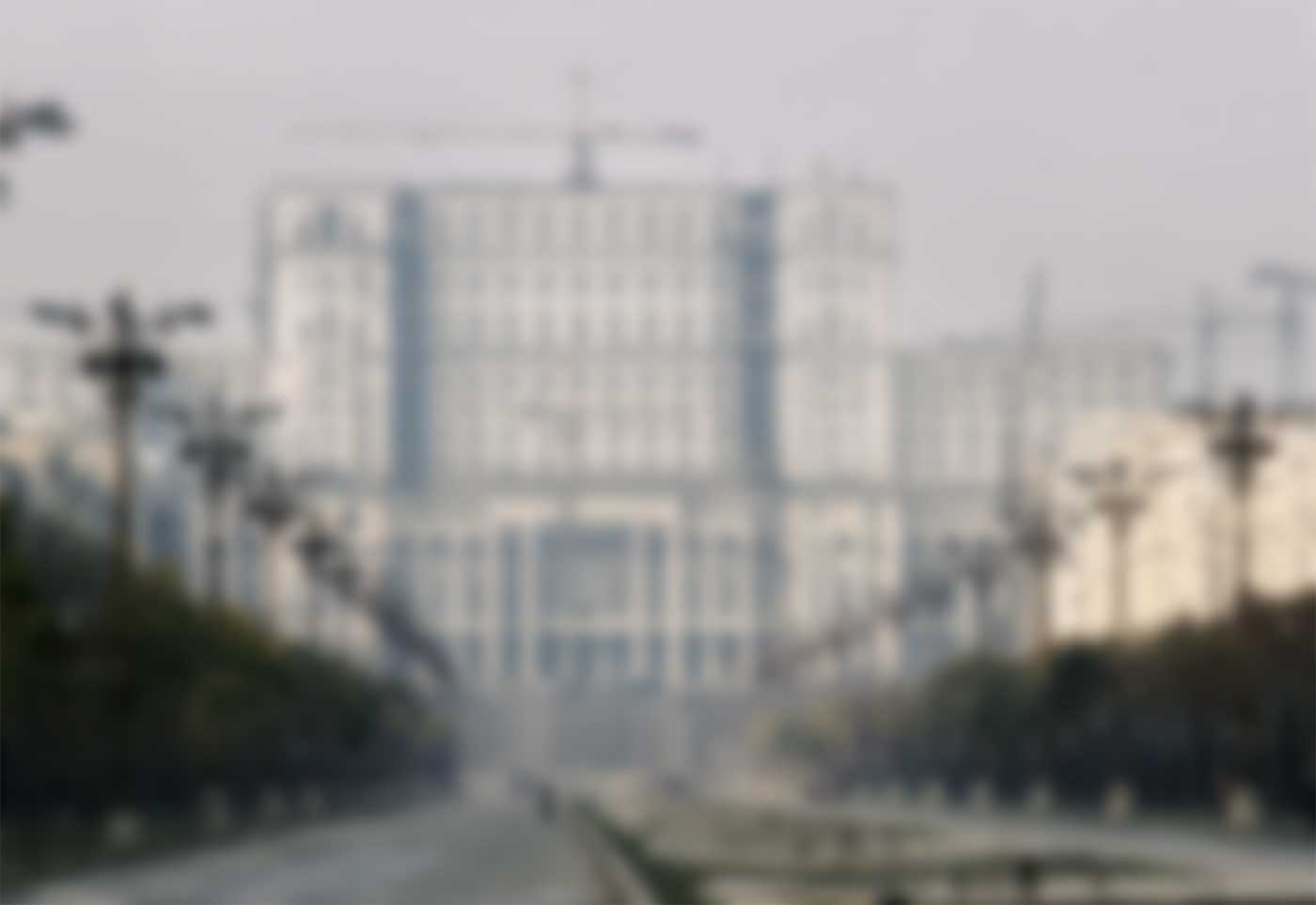 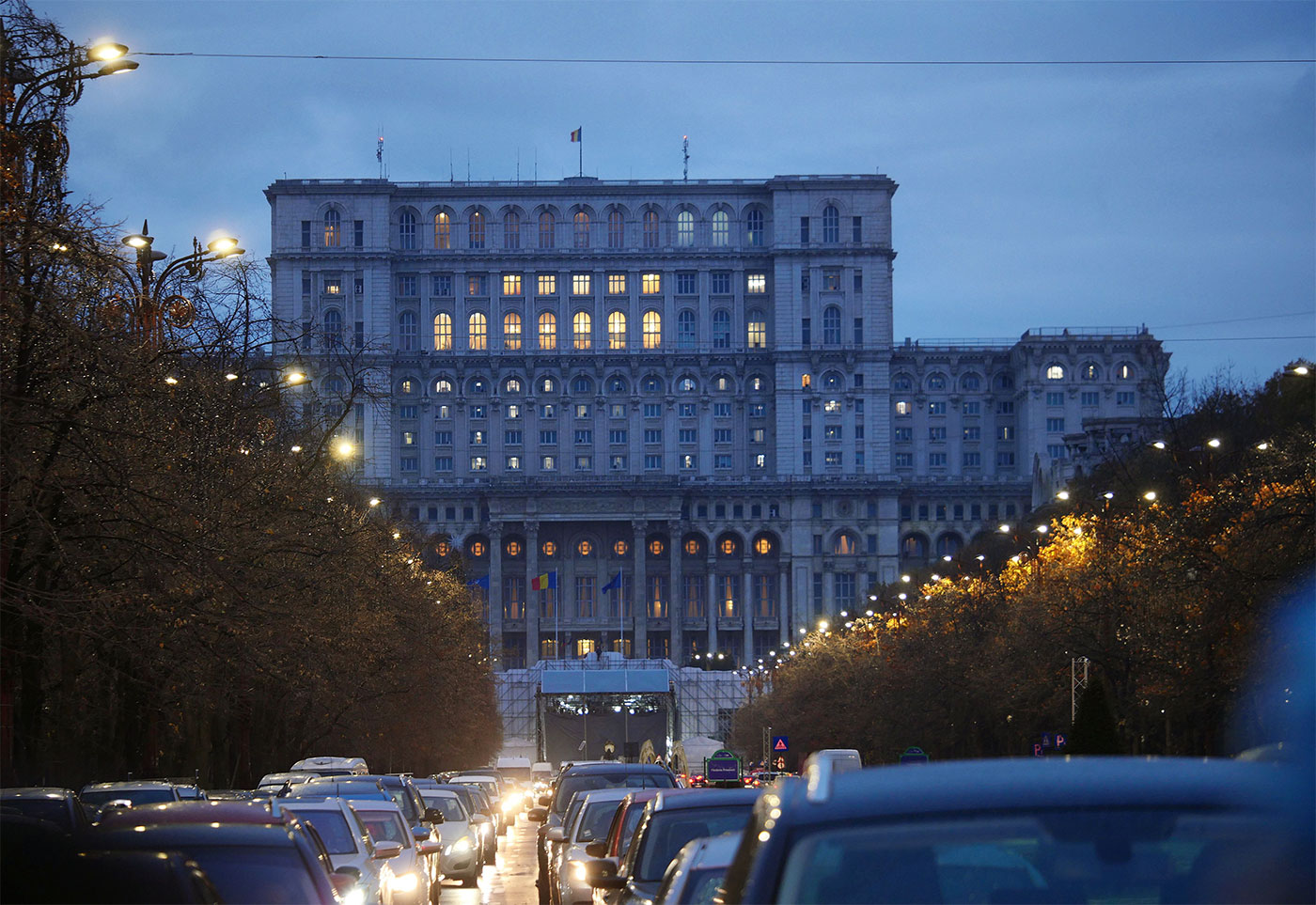 But in 1989, as one after another of Europe’s communist regimes collapsed, Ceausescu made clear there was to be no reform in Romania. That December, as another bitter winter loomed, the population was primed to explode.

The spark came in the western town of Timisoara. When a popular ethnic Hungarian priest was beaten up for criticizing the regime (apparently by members of the Securitate, Ceausescu’s feared network of secret police), a demonstration of support for the priest soon expanded into an uprising against Romania’s Communist regime.

Protesters block a road near the center of Timisoara on December 16, 1989. Fortepan 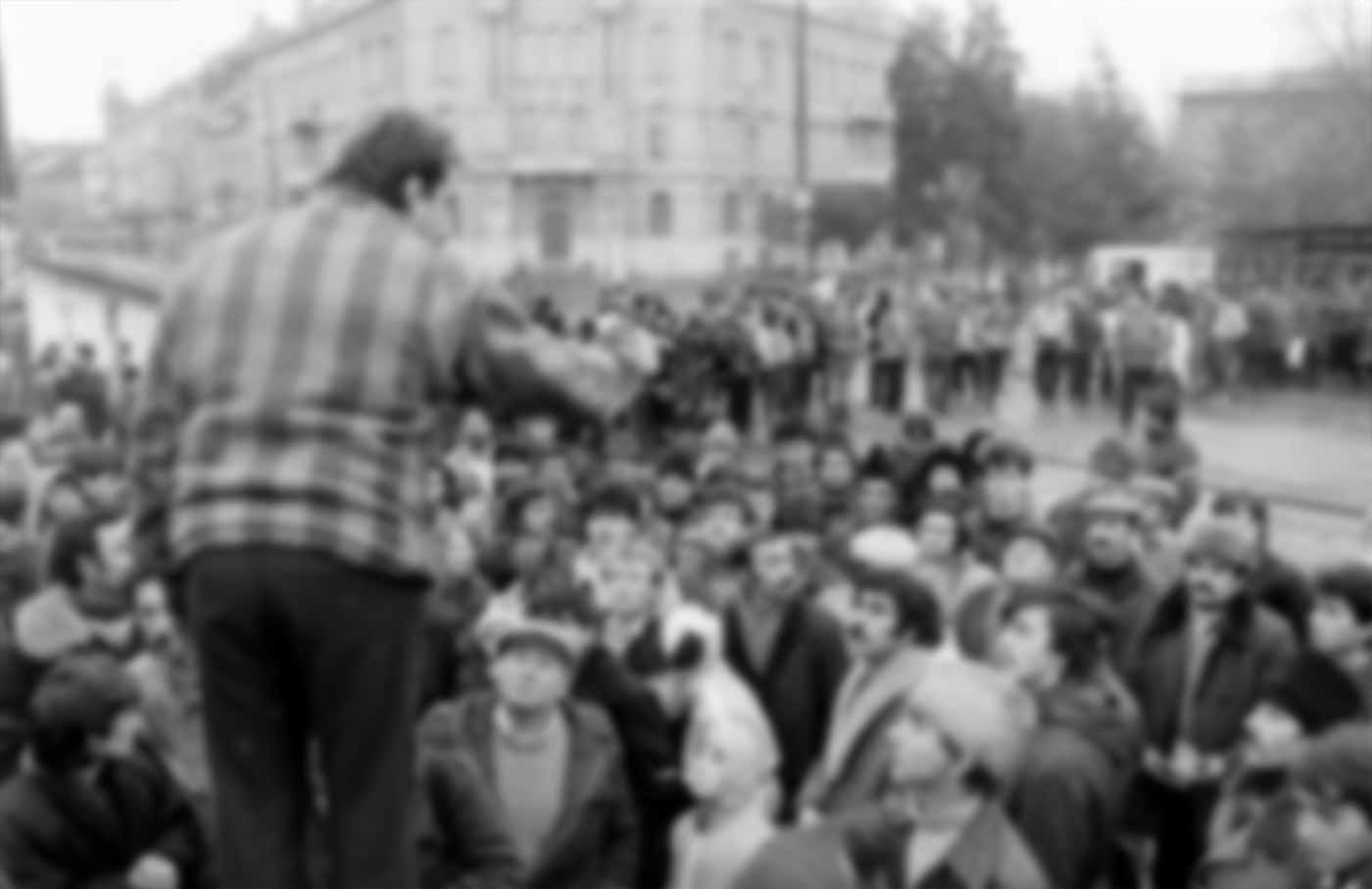 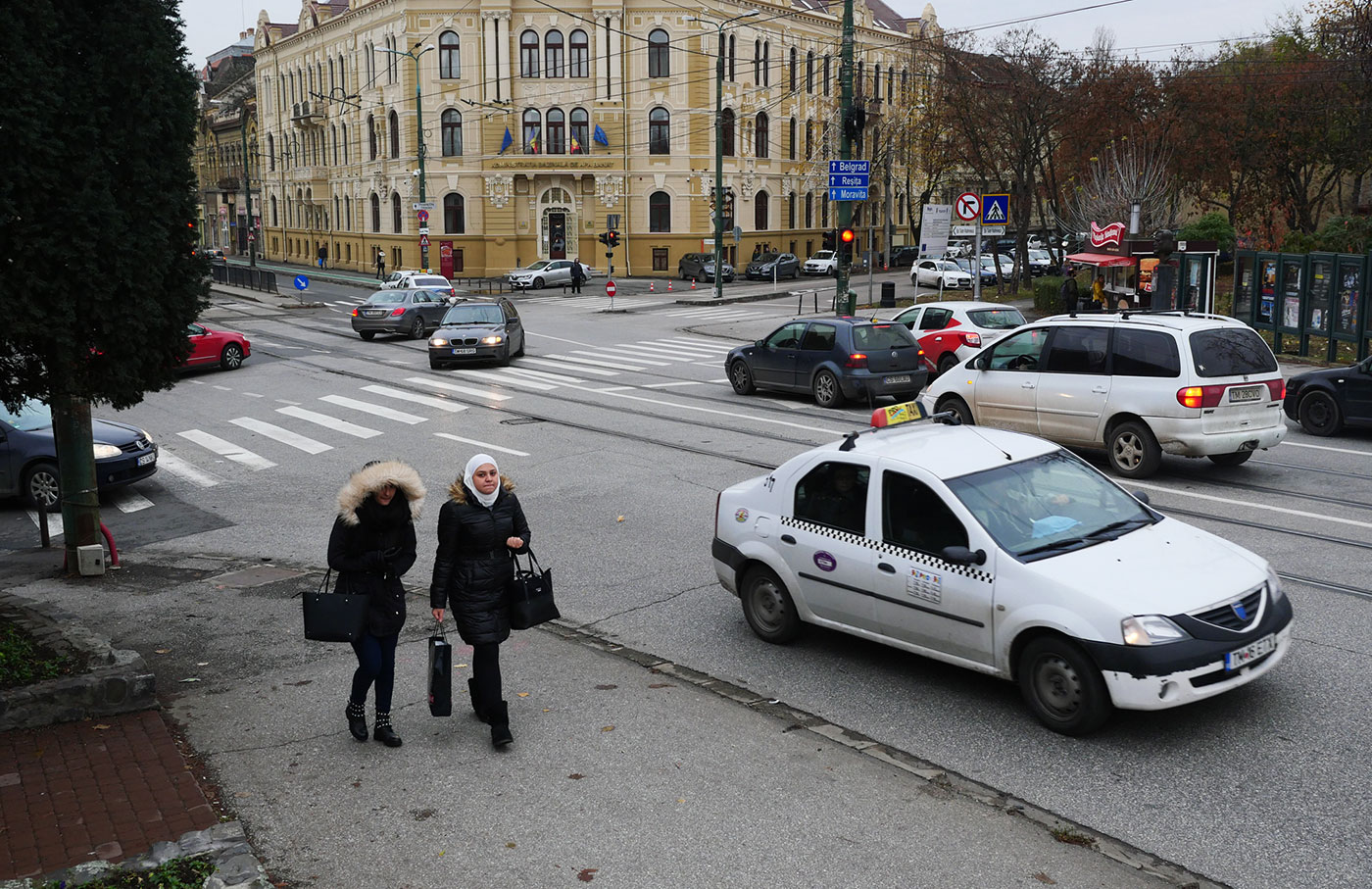 The crackdown in Timisoara, when it finally began on December 17, was ruthless. Dozens of people were killed. Local and international media, including RFE, broadcast inflated casualty numbers, while the actual number dead was later reported to be around 100.

Two men led away at gunpoint after their car was stopped by soldiers in Timisoara. Fortepan 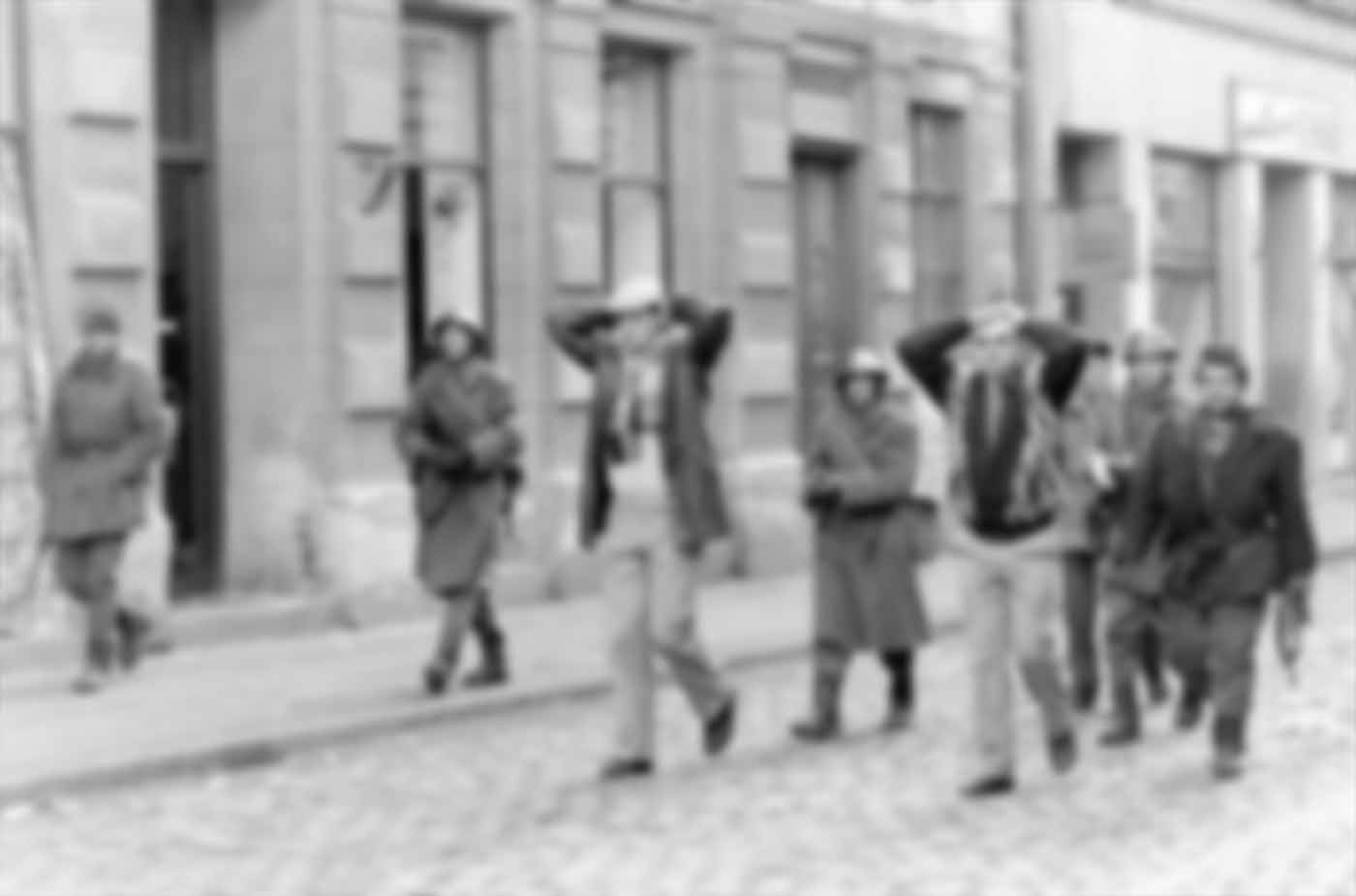 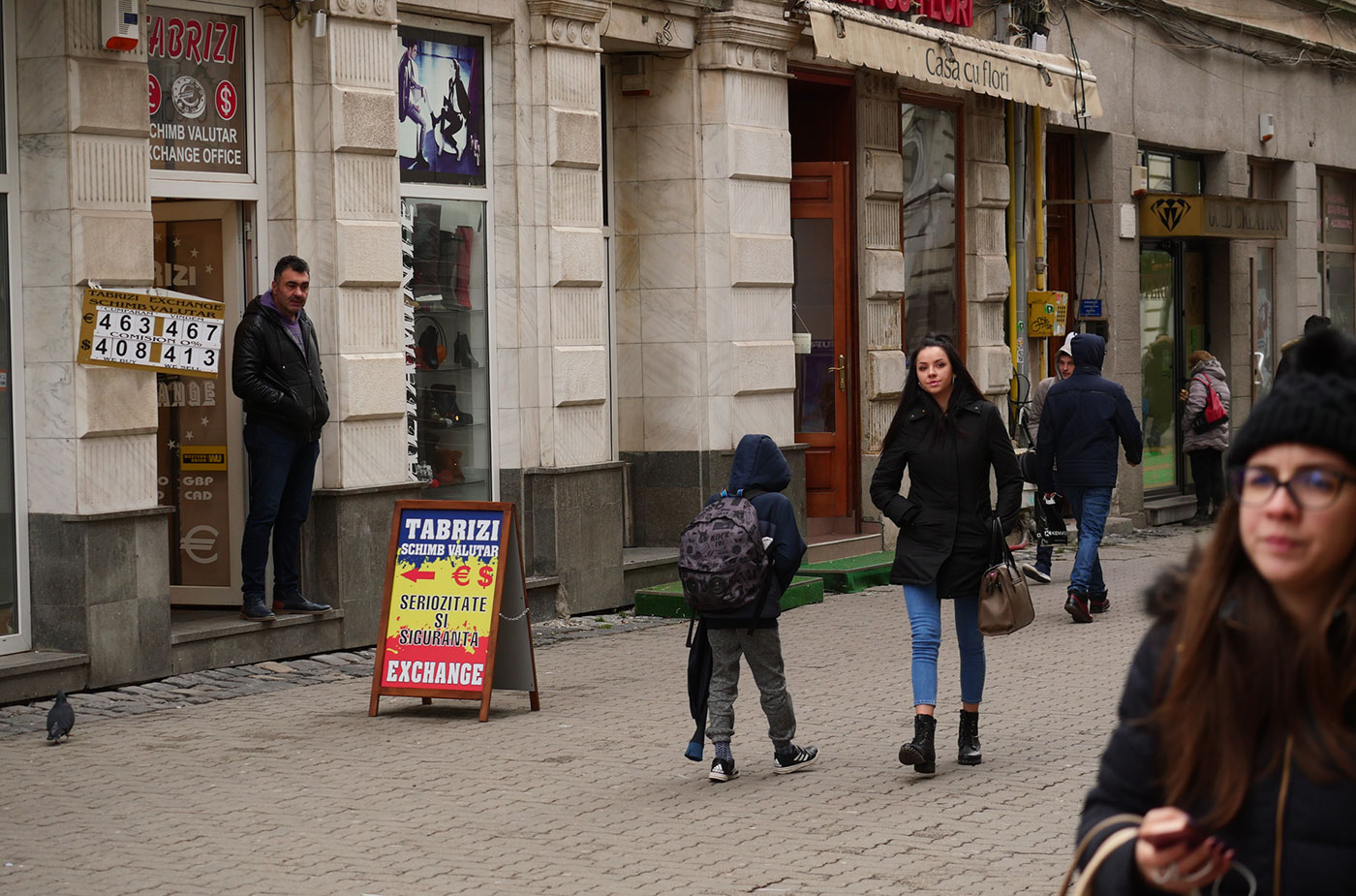 As inflated news of the Timisoara killings filtered into Romania, sporadic protests broke out across the country. Ceausescu, freshly returned from a trip to Iran, called for a mass rally in Bucharest.

An intersection in Cluj littered with the dead and dying after they had protested the Timisoara killings and were gunned down by soldiers. Răzvan Rotta 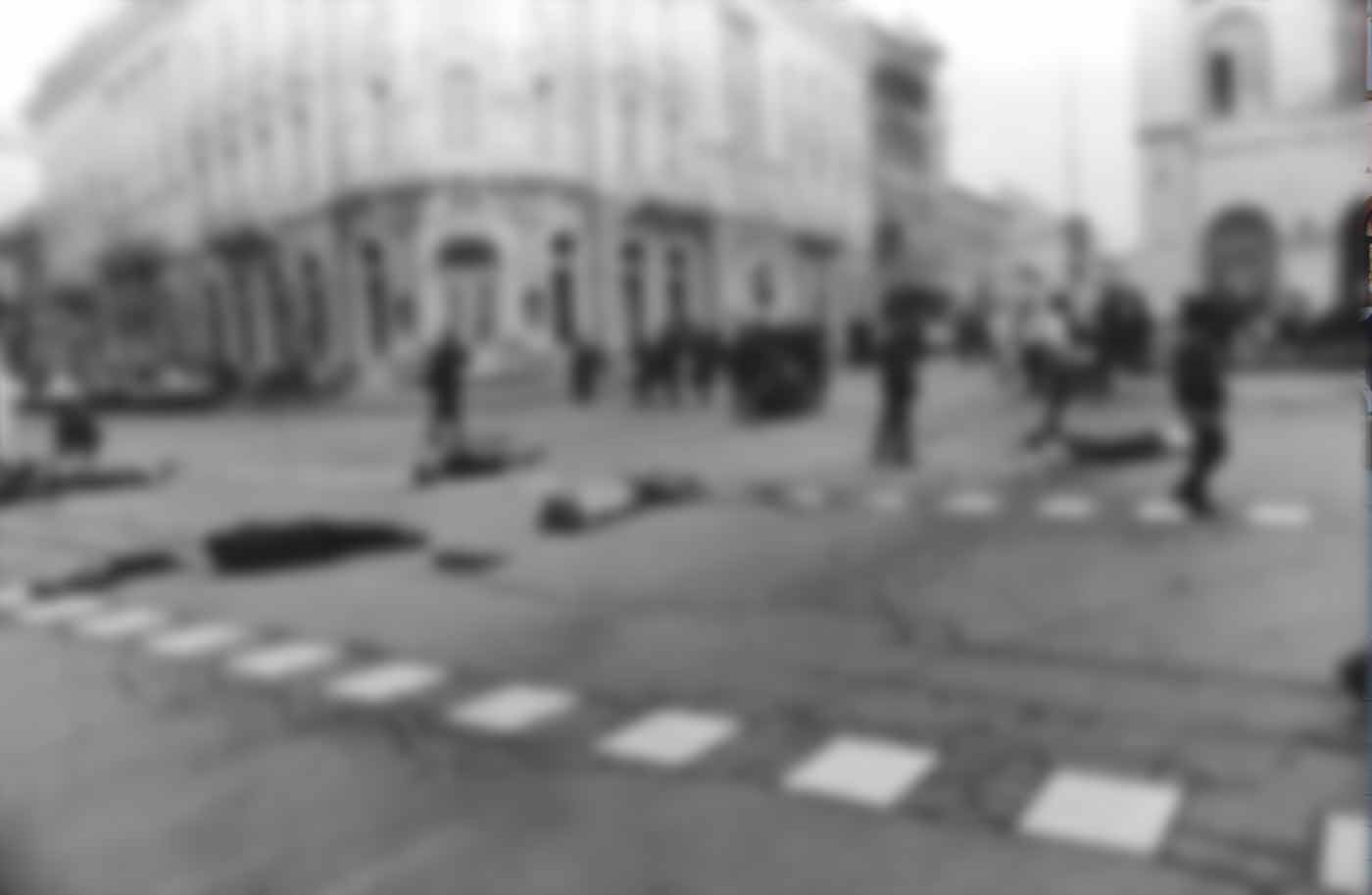 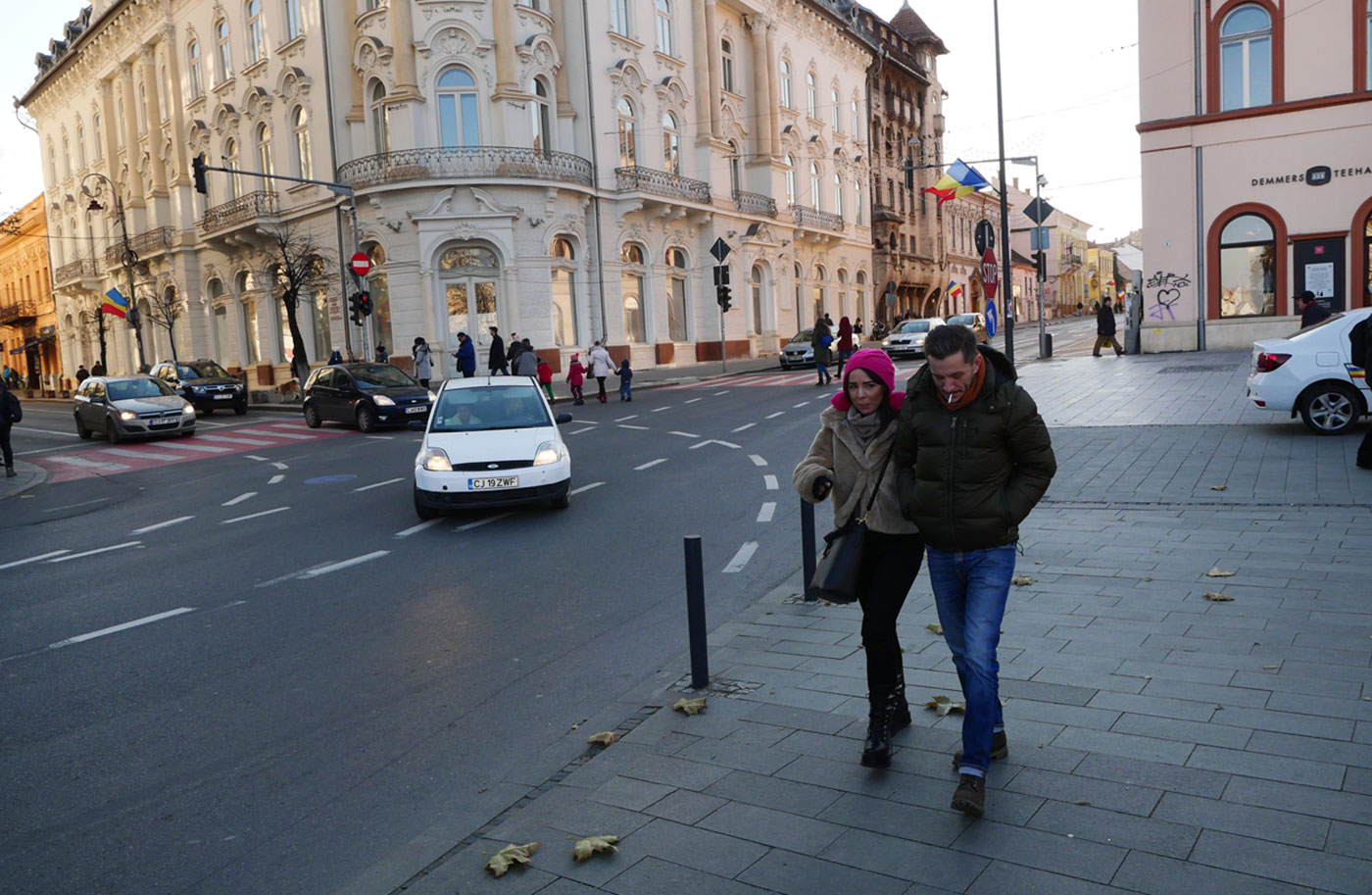 The speech, intended to demonstrate the support he still commanded, was a disaster. As Ceausescu plodded through his introduction, a section of the crowd broke into chants of protest, sparking screaming chaos in the throng. A live television broadcast captured the moment the elderly despot recoiled in fear and confusion.

Nicolae and Elena Ceausescu address the crowd in what would be their final public appearance on December 21. Fortepan 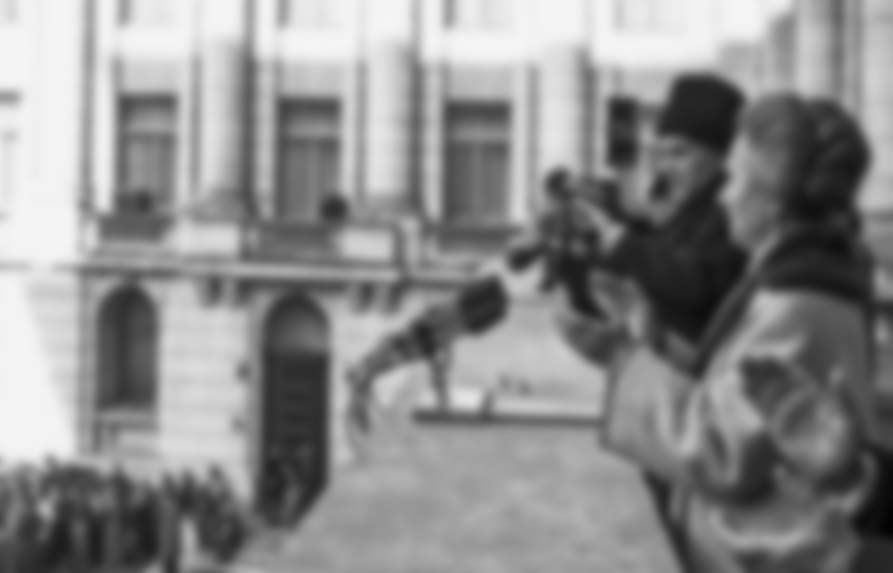 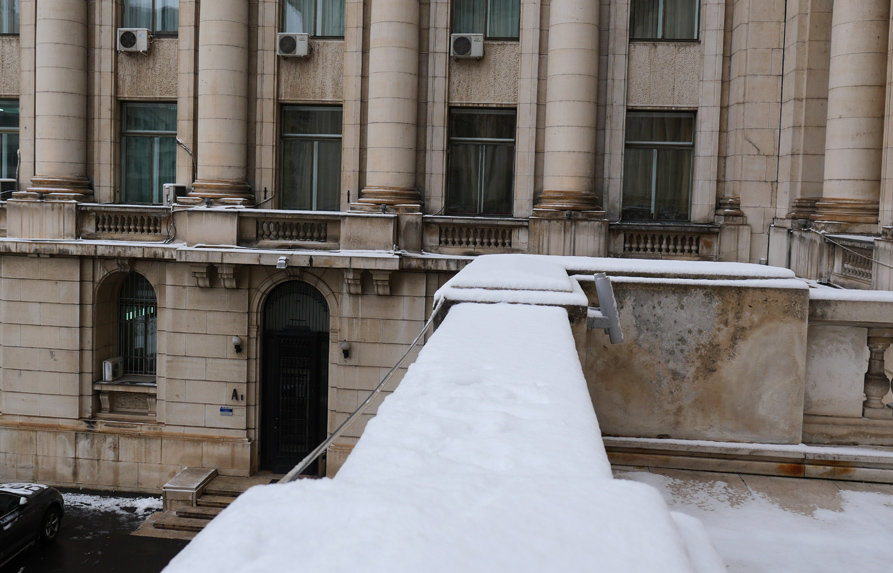 A tight-packed crowd in front of the Communist Party headquarters after the Ceausescus had fled the building on December 22. Radu Sigheti/Reuters

The dictator had lost control.

That night, Bucharest echoed to the din of battle as apparent Securitate gunmen loosed streams of tracer fire into protesters. The next morning the Ceausescus fled Bucharest by helicopter.

Military vehicles were now prowling through Bucharest, but the soldiers inside showed little will to fire on protesters. Soon the army went over to the revolution and tanks carrying cheering protesters were roaring through the streets. It was now the Ceausescus and their shadowy network of Securitate operatives pitted against the rest of Romania.

As snipers flitted through secret tunnels and fired into crowds from windows above Bucharest, the city became a chaotic battleground. The snipers were rumored to be a hardcore of Securitate loyal to the regime, although their identity has never been established.

A soldier in central Bucharest during the street battle. Charles Platiau/Reuters 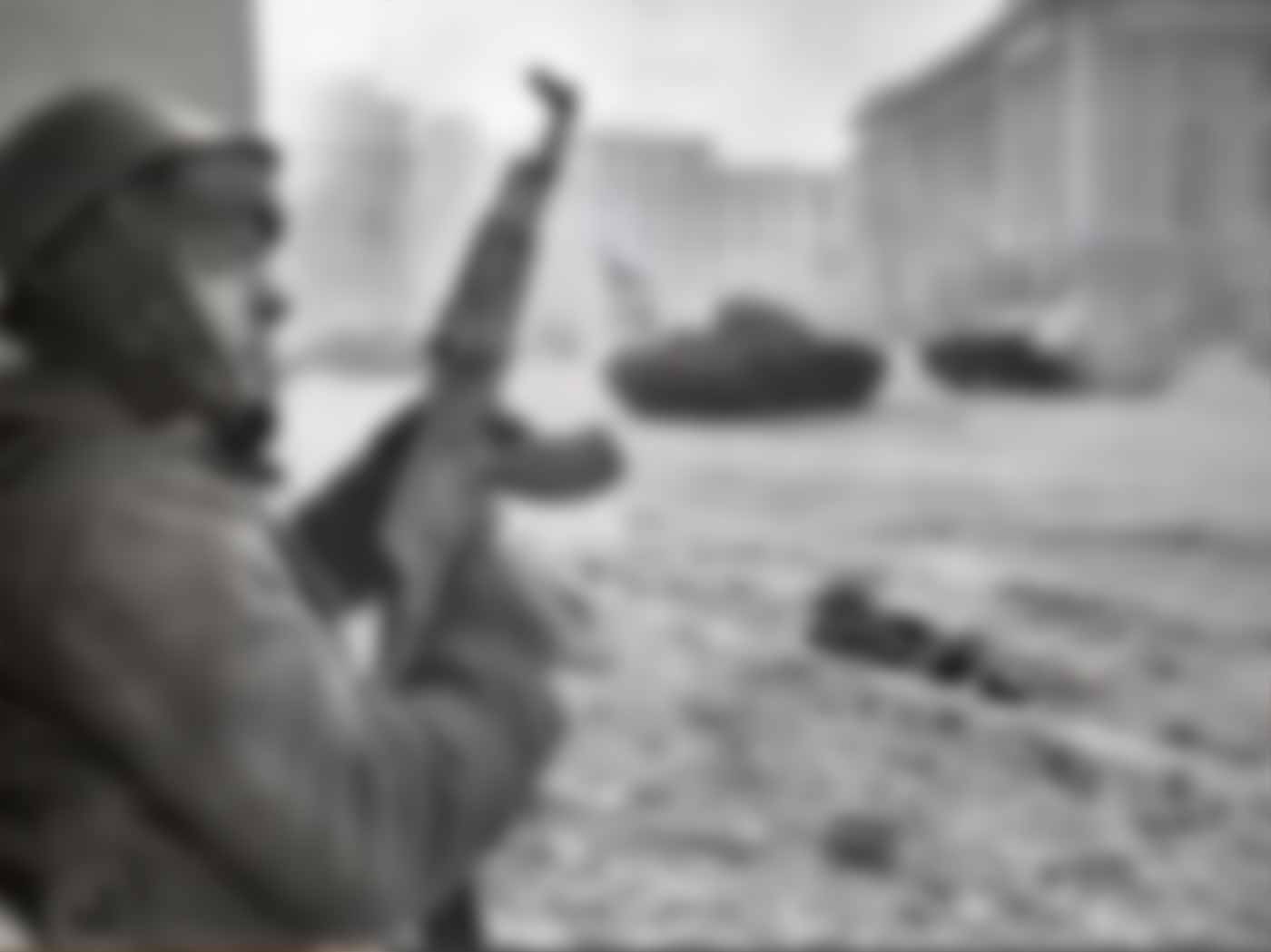 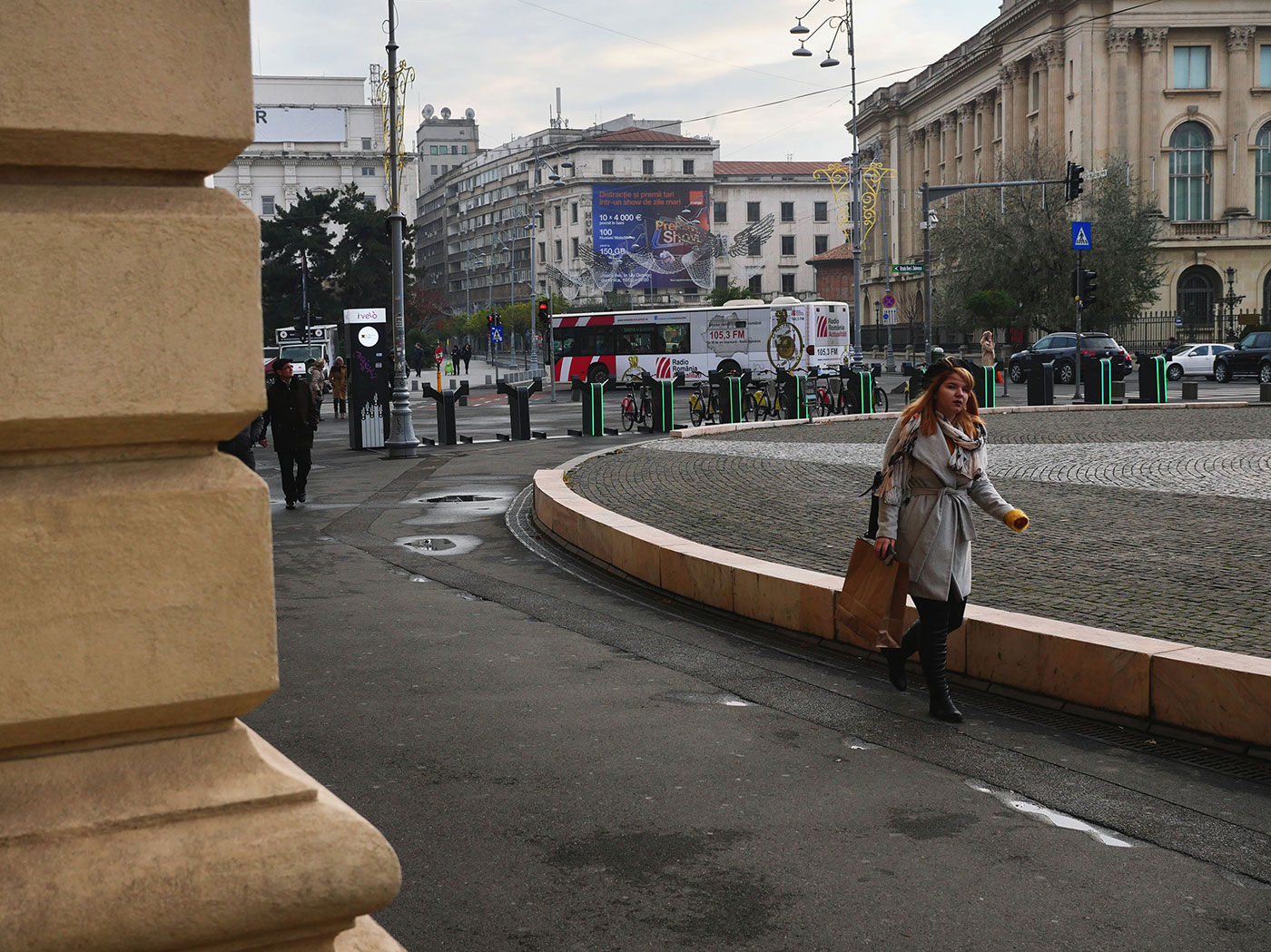 Revolutionaries, who had been handed weapons from the army’s arsenal, never knew who exactly was doing the shooting. Many deaths during the fighting were tragic cases of friendly fire.

A civilian and soldier firing at a suspected “terrorist” position. Joel Robine/AFP 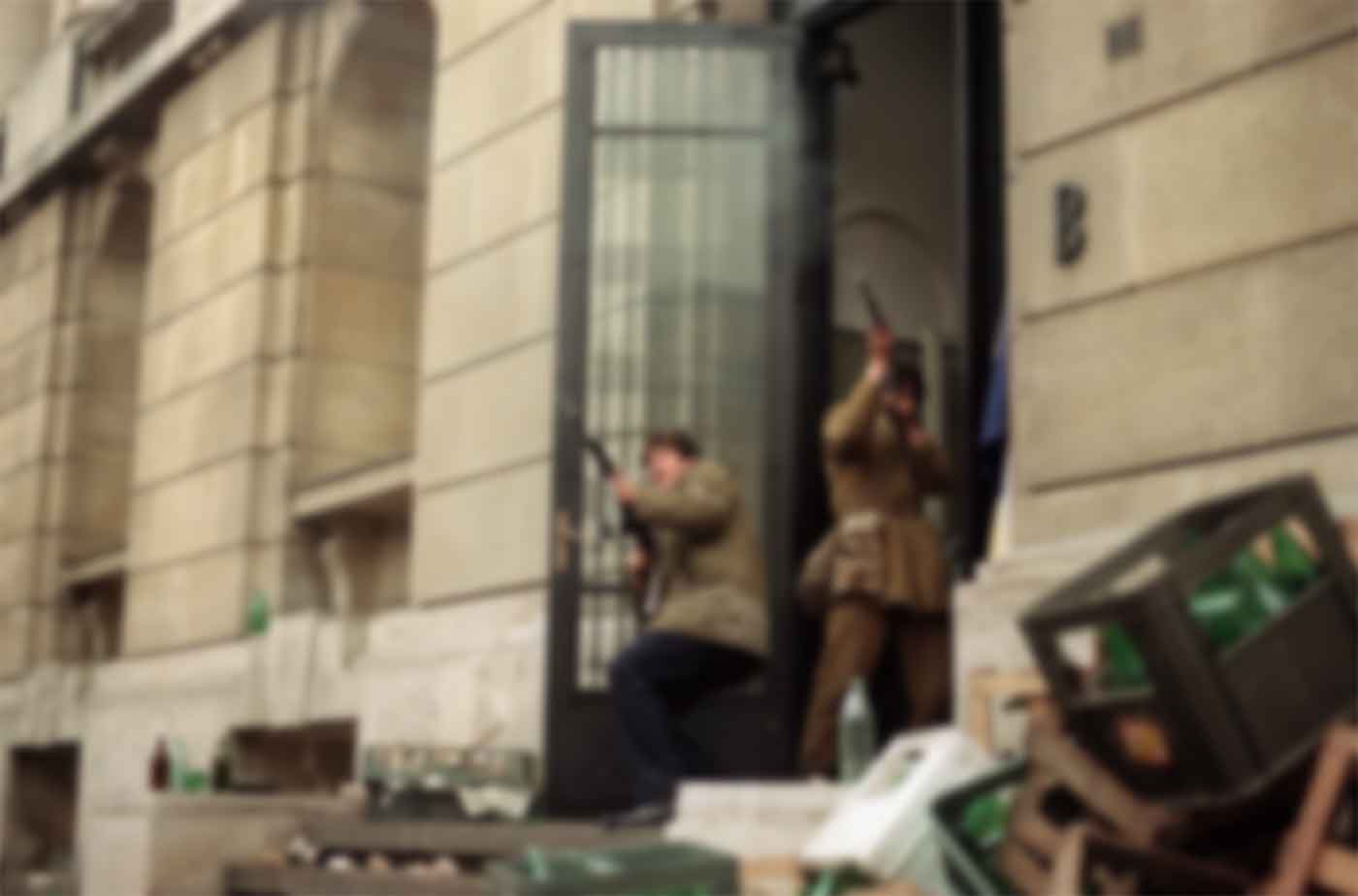 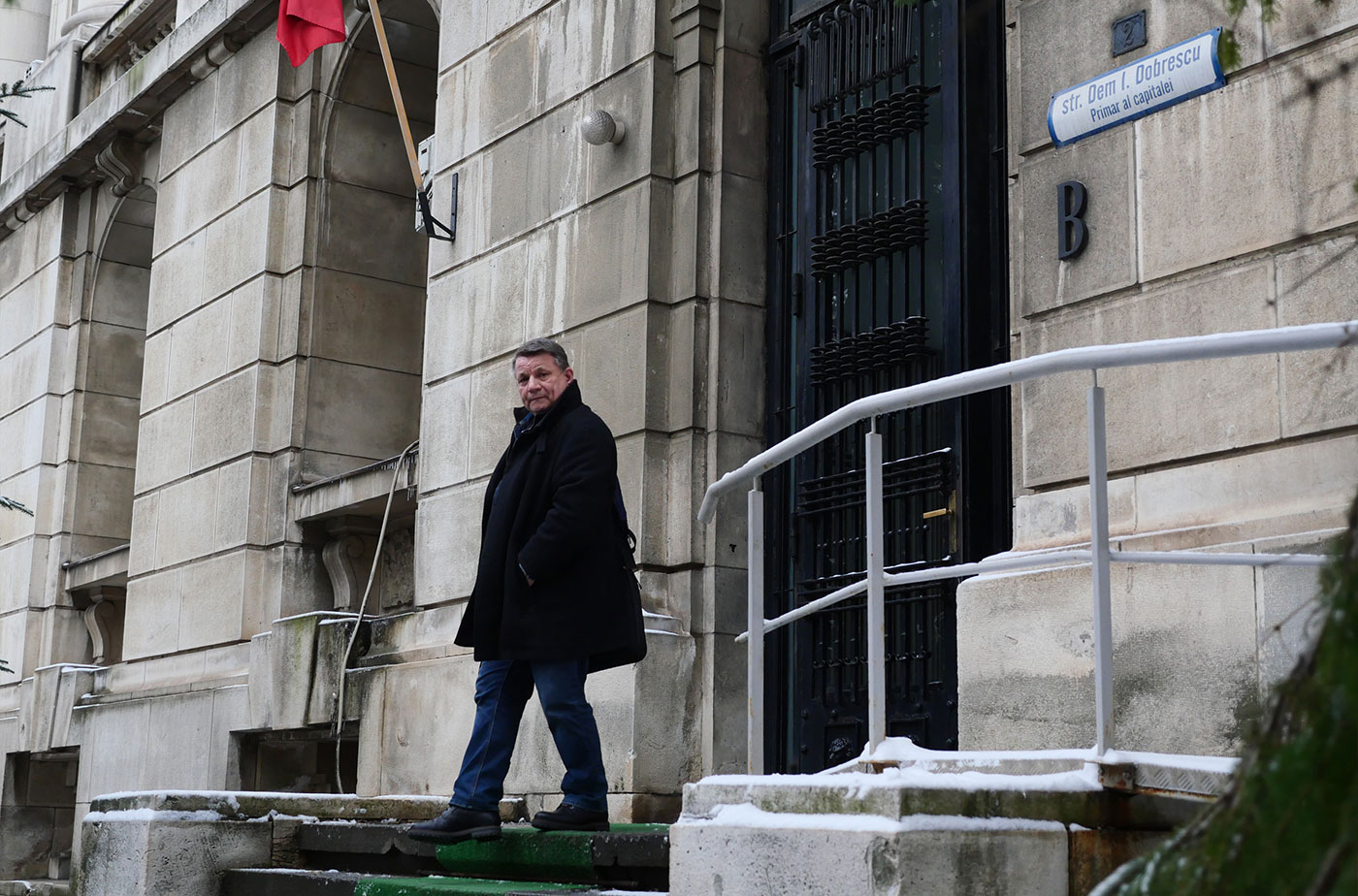 Meanwhile, some 80 kilometers north of the capital, the Ceausescus had been captured. As fighting raged in Bucharest, a hastily compiled revolutionary government made the decision to have them executed.

Elena and Nicolae Ceausescu during their show trial in Targoviste.AFP 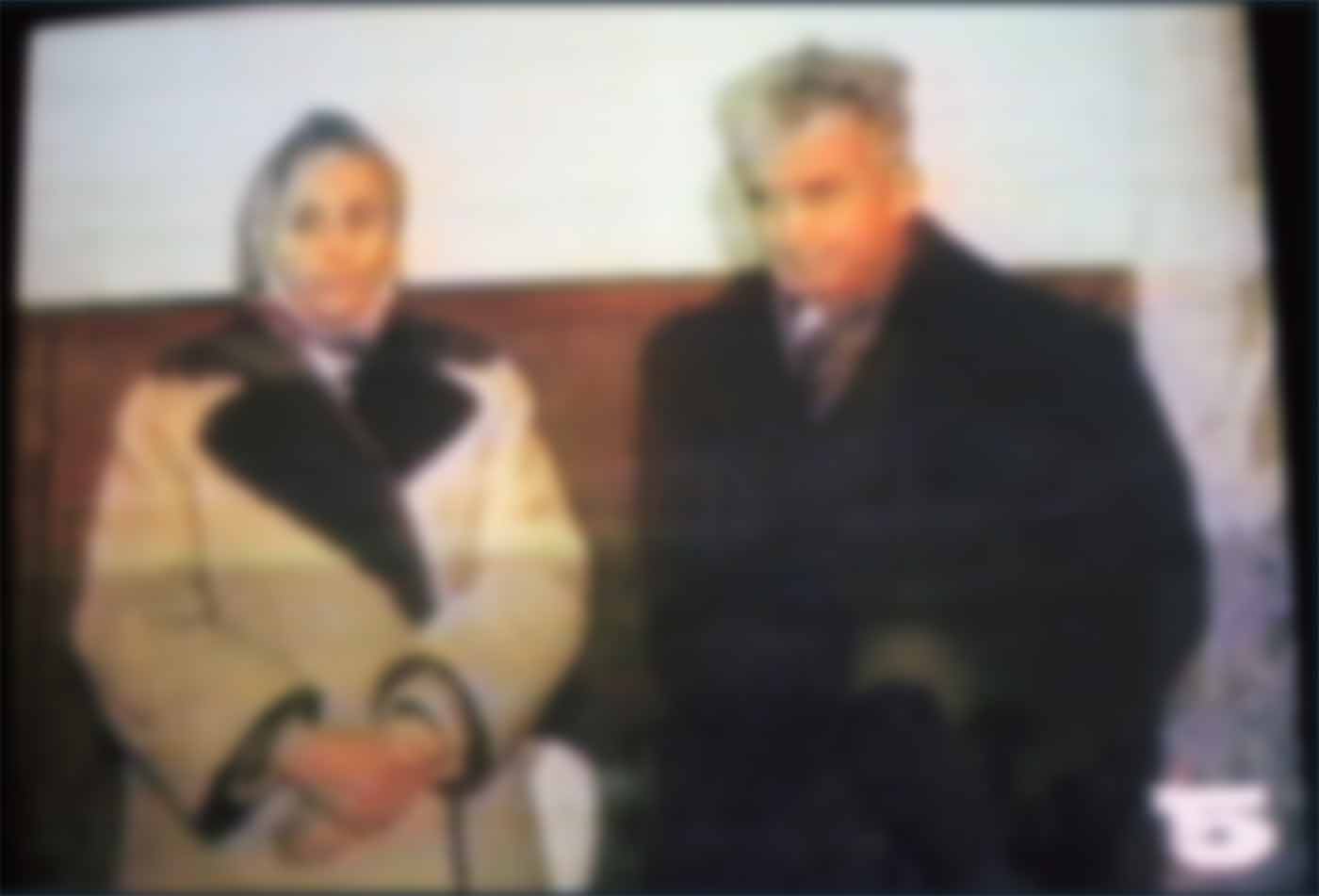 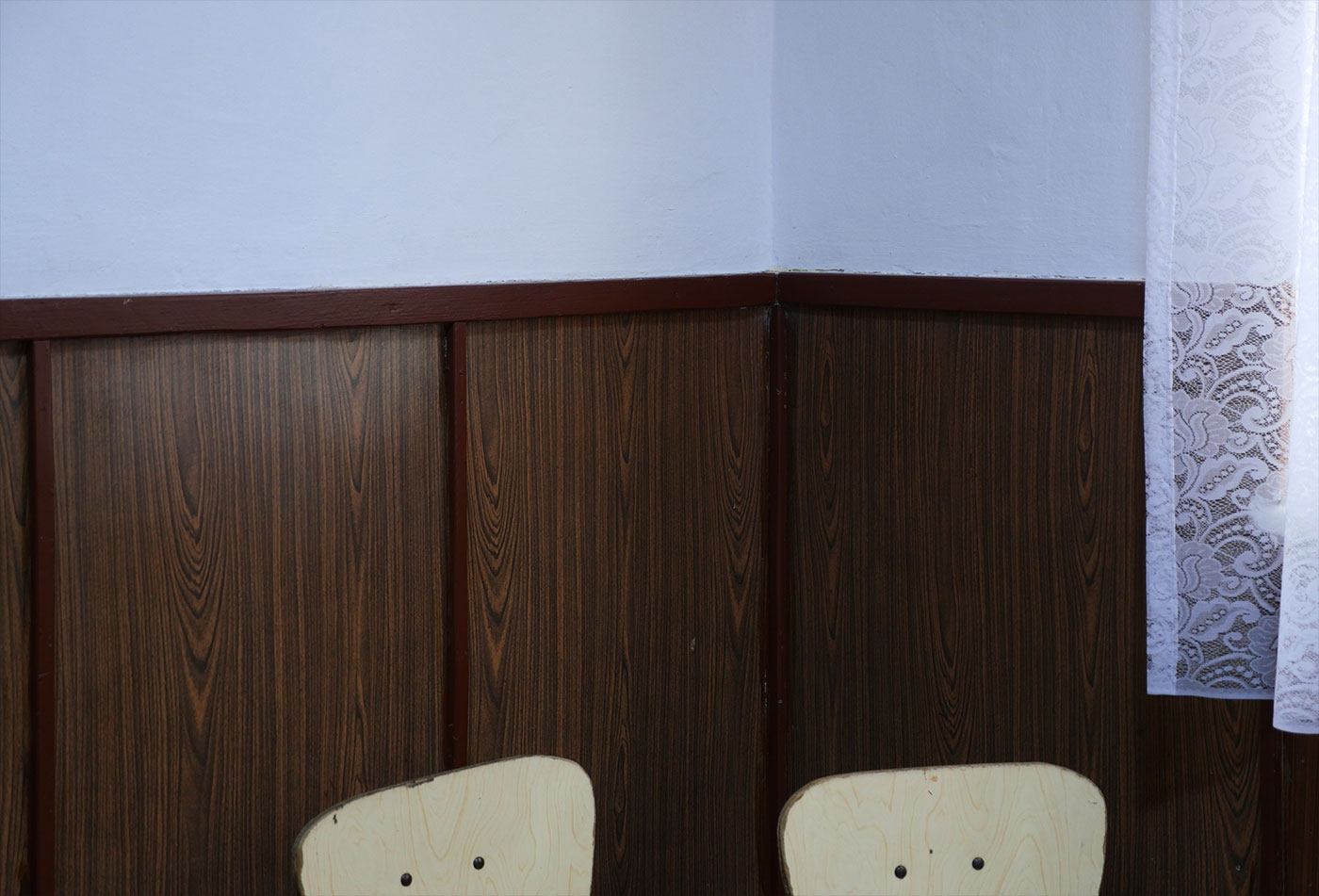 A cameraman recorded the couple as they were subjected to a show trial before being tied up and led to their deaths. In their final moments, Elena screamed abuse at her captors, while Nicolae reportedly hummed the communist anthem.

Elena (left) and Nicolae Ceausescu moments after being gunned down in the courtyard of a military base in Targoviste on December 25. AP 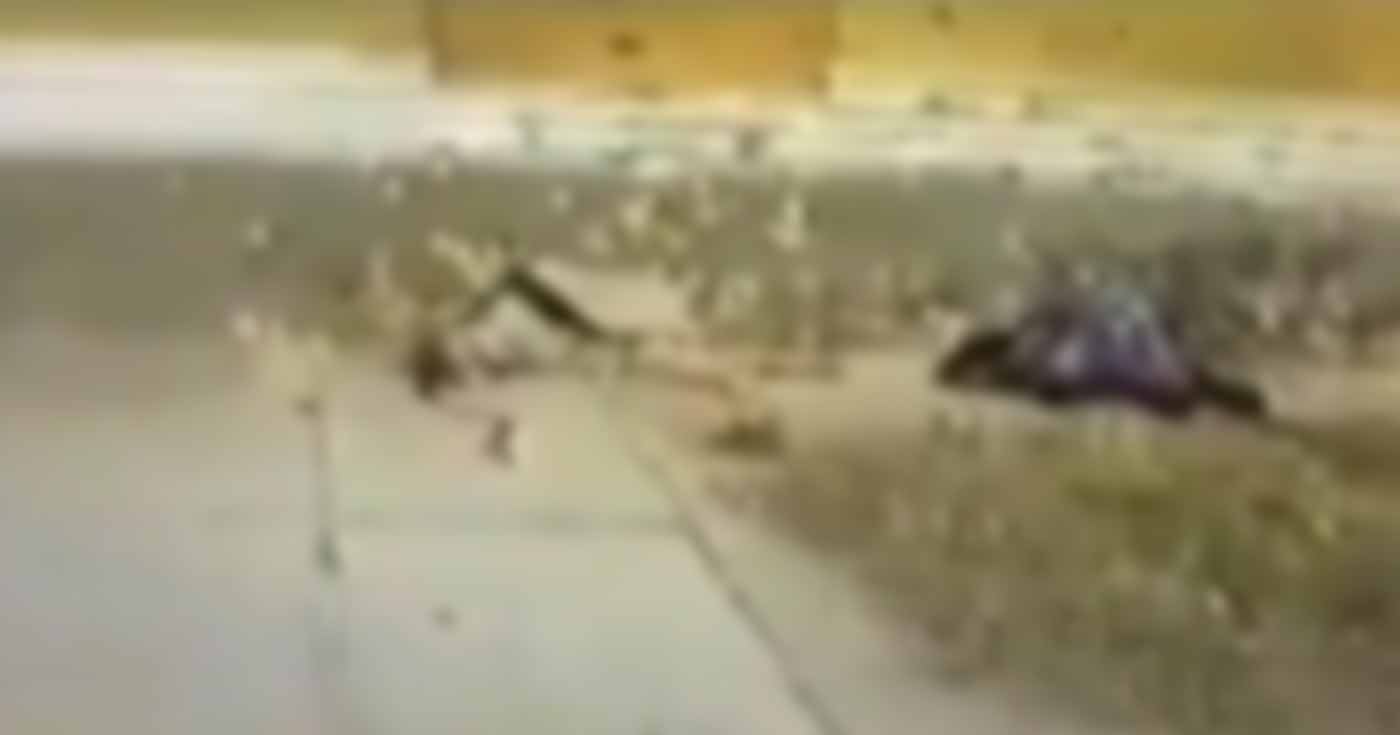 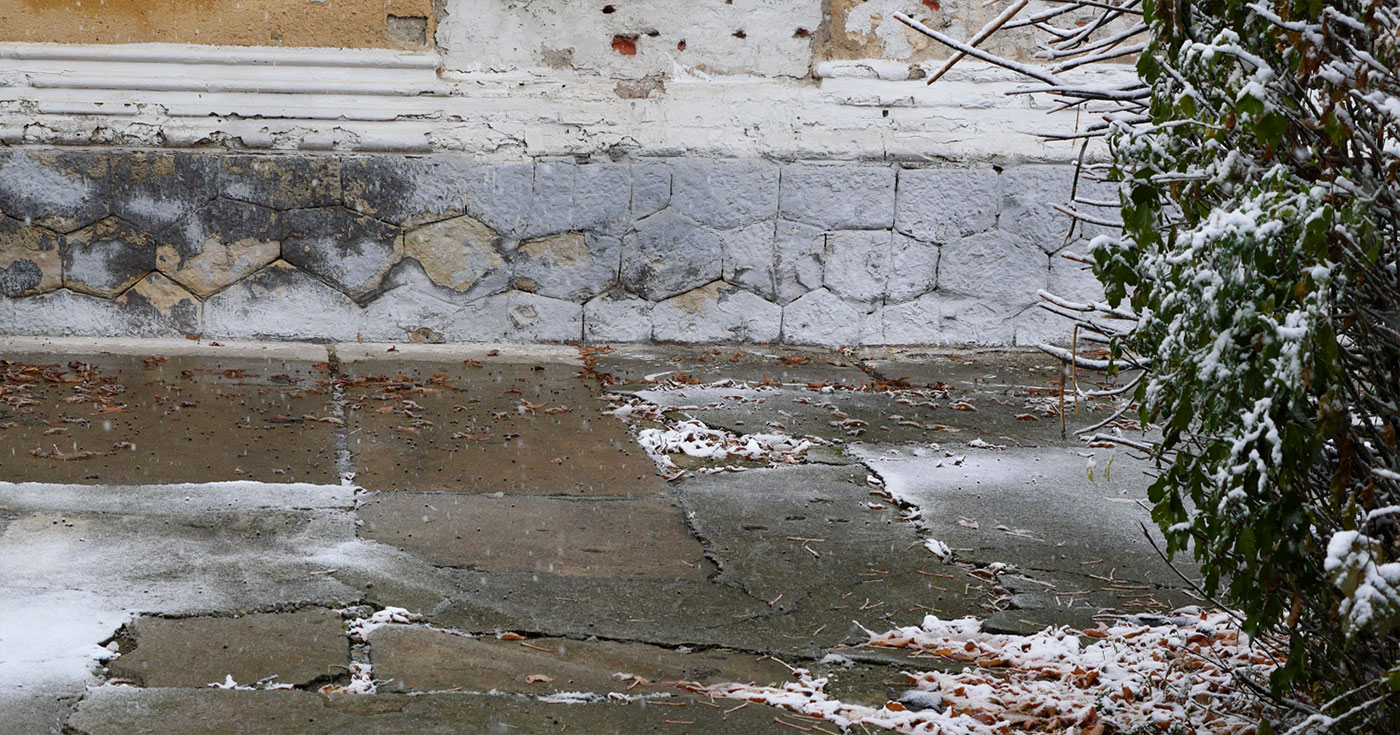 With more than 1,000 people killed, and a ruthless end for the Ceausescus, Romania’s revolution stunned the world for its violence. But hand-wringing over the murky details of the uprising would come later. On December 25, celebrations erupted across Romania as, for the first time in some 40 years, people openly celebrated Christmas Day. 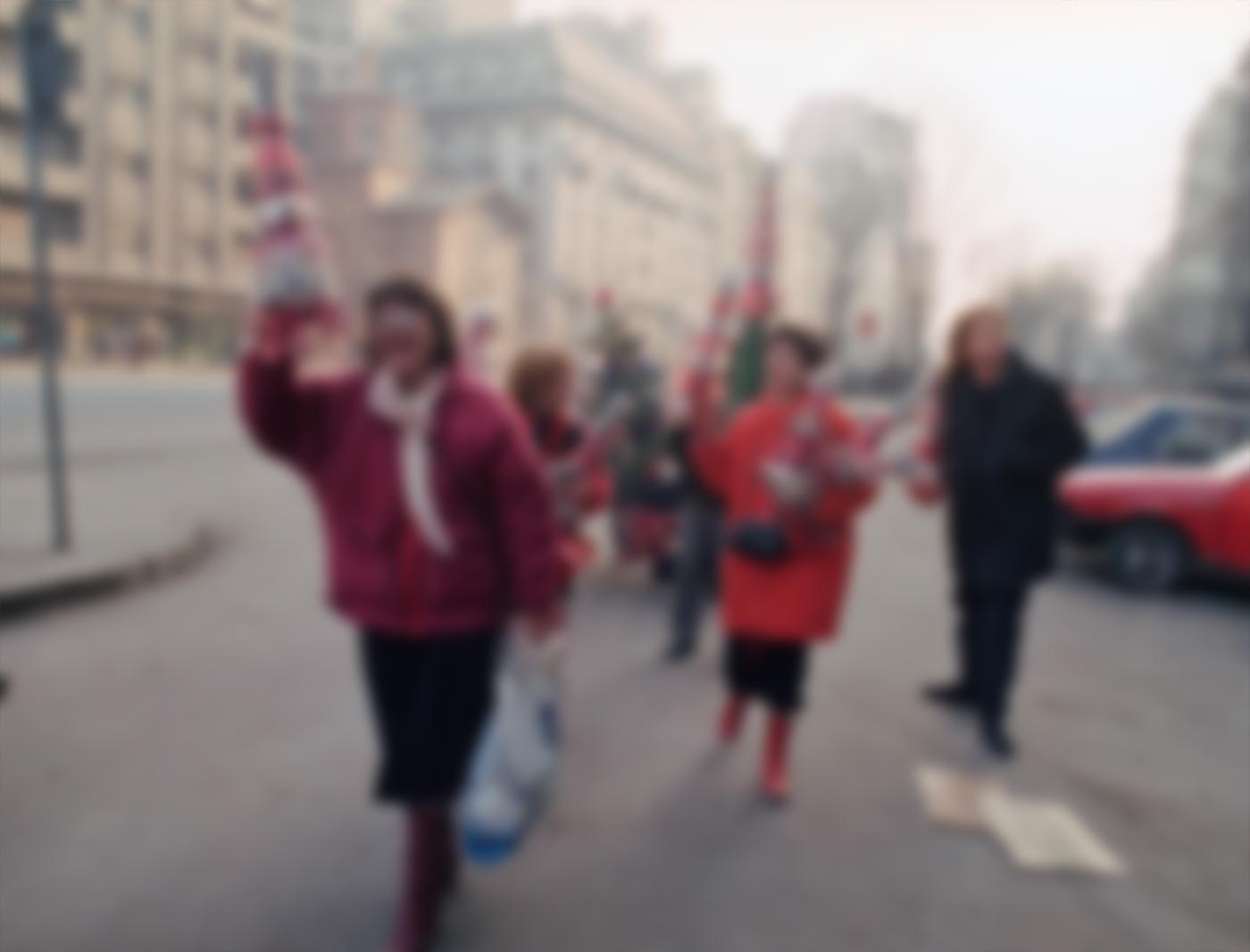 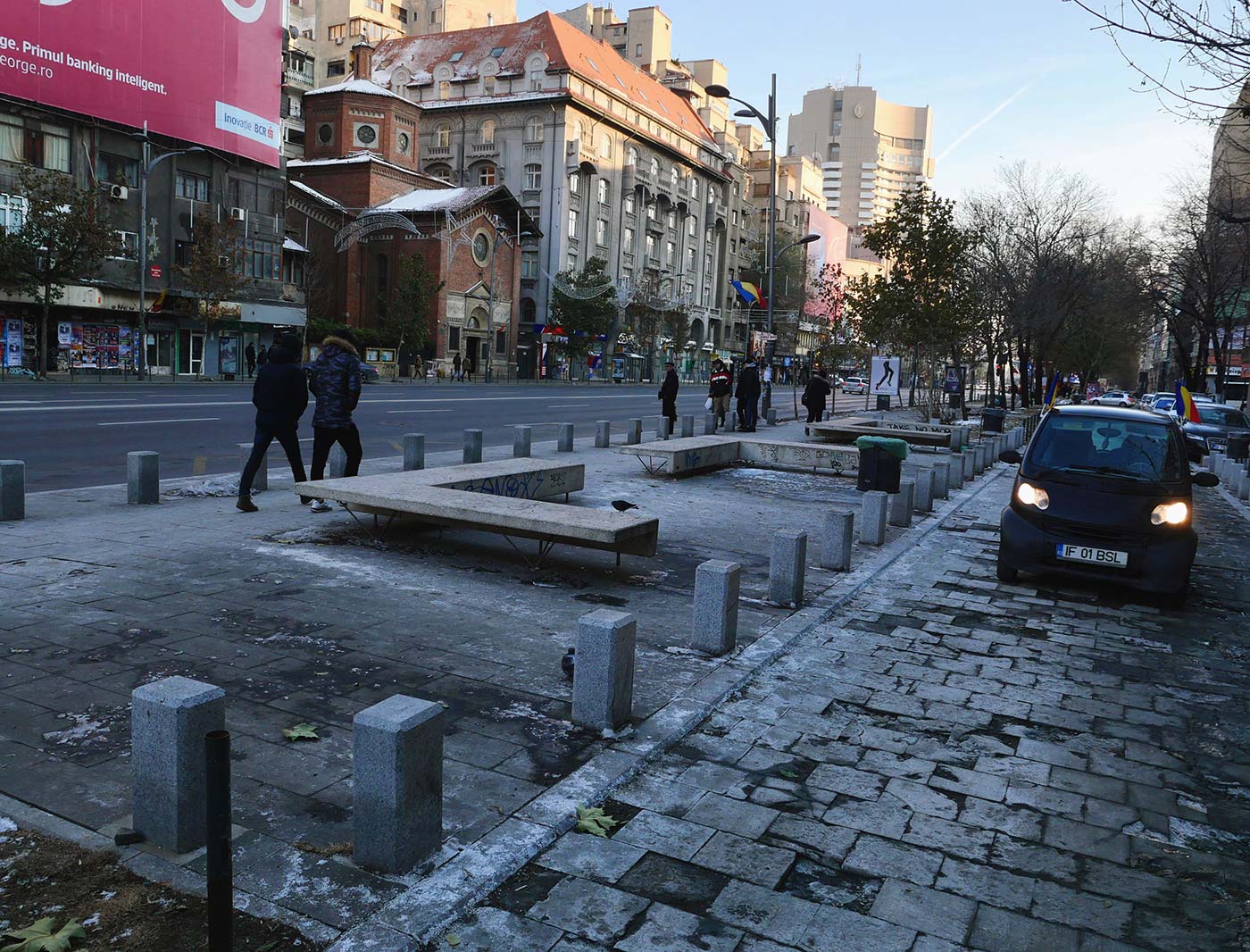