The Week In Russia: Poison, Pragmatism, And Performative Defiance

The Week In Russia: Poison, Pragmatism, And Performative Defiance
share

To receive Steve Gutterman's Week In Russia each week via e-mail, subscribe by clicking here.

Russian President Vladimir Putin delivered the latest in a long series of fiery warnings to the West, but sent more pragmatic signals to Washington on nuclear arms negotiations and the upcoming U.S. presidential election.

Here are some of the key developments in Russia over the past week and some of the takeaways going forward.

Over more than 20 years in power, Putin has made punchy, sometimes pungent quips targeting perceived foes at home and -- mostly -- abroad a signature feature of appearances he expects will attract attention.

In many cases, these remarks appear to be aimed at the West or Washington or both, and to serve as warnings against crossing Russia or dismissals of criticism leveled at Moscow, the Kremlin, or Putin himself.

In October 2018, Putin said that, in the event of a nuclear war with the West, Russians would "go to heaven as martyrs" while citizens of the "aggressor" country "would just croak because they wouldn't even have time to repent."

He was at it again this week, dismissing unspecified ill-wishers of Russia with a darkly jokey warning: "Strengthening our country and watching what is happening in the world, in other countries, I want to say to those who are still waiting for Russia to gradually fade away: Only one thing…worries us: How not to catch a cold at your funeral."

If the remark seemed strangely out of tune given the ravages of the coronavirus and his own calls for countries to work together to fight the pandemic, it fit into two of the strains of Putin's image-making efforts, casting him as a leader who cares deeply about his country and doesn't care what outsiders or critics think.

Speaking of not caring, most Russians don't care who wins the U.S. presidential election – or more precisely, nearly two-thirds don't think it matters much for Russia who wins, according to a nationwide poll conducted by the independent Levada Center in late September.

Sixty-five percent of the respondents said that, from Russia's perspective, it's irrelevant who wins, while 16 percent said that the reelection of Donald Trump would be better for Russia and 9 percent said a win for his Democratic challenger, Joe Biden, would suit their country better.

Given the rich backdrop of 2016, there's been a fair amount of talk about what result the Kremlin wants from the 2020 vote on November 3, and how much it may be doing to try to make it happen.

But Putin is preparing for either eventuality. That would be expected of any leader, of course, but it seemed to come out clearly from an interview aired earlier this month in which Putin noted what he called Biden's "sharp anti-Russian rhetoric" -- but then launched into convoluted, meandering remarks in which he touched on race, religion, communism, and Cold War propaganda but in the end seemed to amount to a combination mix of reaching out and hedging his bets.

The most specific area of potential common ground with a Biden administration that Putin mentioned was nuclear arms control, noting that Biden had voiced support for an extension of the 2010 New START long-range nuclear weapons pact, which is due to expire two weeks after the winner of the election is sworn in on January 20.

The timing may be an unfortunate coincidence, potentially piling additional political considerations onto an already complex web of issues related to the potential extension of the last remaining bilateral nuclear weapons pact between Moscow and Washington.

As Clock Ticks, Washington and Moscow Tiptoe Toward Extension Of Nuclear Arms Pact

But Russia seems to be seeking to use that to its advantage, attempting to secure an extension that would leave the treaty in place for the first year of the next U.S. presidential term while trying to shape a framework for future nuclear arms negotiations that would be in place regardless of who wins the election.

The outcome is unknown, and neither side wants to look like the one that scuttled a potential deal. in what appeared to be an about-face, Russia said it would agree to a one-year extension accompanied by a "political commitment" by both sides to freeze warhead numbers.

The United States has insisted on a freeze, but when Washington responded to the new Russian offer, it specified that the agreement should be "verifiable" -- wording that did not please Moscow.

"We don't want to negotiate an intrusive verification regime for warheads for a one year deal, our offer is for a political declaration on warhead freeze without verification," Vladimir Frolov, a former Russian diplomat who is now a Moscow-based foreign-policy analyst, said of the Russian position.

Analysts say that Russia is particularly unwilling to reveal details about its arsenal of tactical -- short-range -- nuclear weapons, which are not covered by New START but would be subject to the freeze.

A totally separate issue that is likely to contribute to the dynamics of relations between Russia and the West for years to come is the fate and future of Aleksei Navalny, the opposition politician who is recovering in Germany after a poisoning he has blamed on Putin.

Navalny Says Putin Was Behind His Poisoning; Kremlin Accuses Him Of CIA Ties

The Kremlin has rejected such claims, but Putin -- who, as usual, did not refer to Navalny by name -- stopped short of a direct denial in his remarks on October 22.

"If the authorities had wanted to poison someone, they probably wouldn't have sent him to Germany for treatment," Putin said of Navalny, who was evacuated to Berlin two days after his poisoning, following pressure from his family and aides on the state to enable his departure. "Right?"

Could be, but commentators on social media suggested that this fell far short of proof that the Russian state was not behind his poisoning.

Some of the key developments in Russia over the past week, and some of the takeaways going forward, by the editor of RFE/RL's Russia Desk, Steve Gutterman.

To receive The Week In Russia in your in-box every Friday, click here.

And be sure not to miss Steve's The Week Ahead In Russia podcast. It's posted here every Monday or you can subscribe on iTunes or on Google Podcasts.

Latest episode
The Crackdown Continues
Podcast: The Week Ahead In Russia
Subscribe 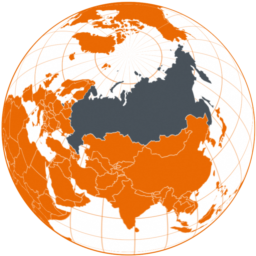 The Week In Russia

If you're interested in Russia, you'll love Steve Gutterman's The Week In Russia.

The editor of RFE/RL's Russia Desk dissects some of the key developments over the previous week and offers some of the takeaways going forward.

Every Friday, direct to your in-box. Here are earlier editions.

Please submit your e-mail address below. The newsletter is, and always will be, free of charge.

The Week In Russia: A Crackdown Changes The Landscape