Lenin Statues Under Attack In Ukraine

Lenin Statues Under Attack In Ukraine
share
If Vladimir Lenin had a grave, he would be turning in it.

Statues of the Bolshevik leader have fallen victim to a string of assaults in Ukraine that have left them missing limbs, splattered with paint, covered in insults and swastikas, bullet-riddled, and even smeared with excrement.

In some cases, the statues were knocked off their pedestals, a feat requiring a considerable amount of physical exertion.

At least four have already been vandalized since the beginning of the year, including one statue toppled in the city of Berdychiv and another daubed with black paint near Odesa.

Communists have pinned the blame squarely on nationalists.

Ukrainian lawmaker Igor Miroshnichenko, a member of the ultranationalist Svoboda party who personally felled a Lenin statue in the northeastern city of Okhtyrka last year, says this is, in fact, correct.

"Of course the dismantling of Lenin statues is directly linked to nationalists," Miroshnichenko says. "Any Ukrainian who loves his nation, remembers and respects its history, who remembers his ancestors, who loves and fights for his state, freedom, and independence, is a nationalist."

Last month, a group of masked individuals carrying a flag of the Svoboda party toppled a statue of Lenin in downtown Kyiv.

Miroshnichenko sees the rise in vandalism against Lenin monuments as a direct result of the ongoing pro-European protests against President Viktor Yanukovych's decision to shelve a landmark association pact with the European Union.


Ukrainians, he says, are increasingly frustrated by what his party describes as Moscow's aggressive attempts to bring their country back under its yoke.

Meanwhile, Ukrainian communists are playing down the incidents as isolated acts of hooliganism.

Communist lawmaker Oleksandr Prisyazhnyuk is confident that his party will raise enough funds to restore the damaged statues.

"People consider that statues of Lenin should exist," Prisyazhnyuk says. "At any rate, it's for the local community -- and not for a bunch of visiting vandals who think they can get away with everything -- to decide on the fate of monuments."

Foes of Lenin, however, still have a lot of work ridding Ukraine of his effigies.

There are currently more than 1,300 statues of the Bolshevik leader scattered across the country. 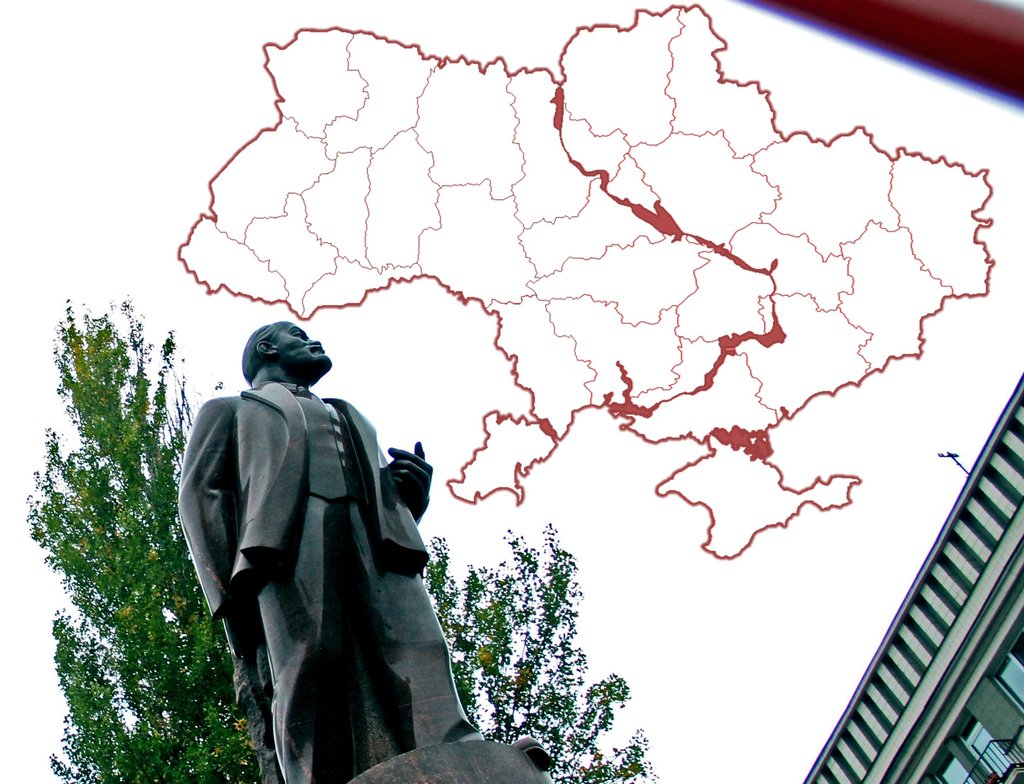